A small country with a huge impact

Wales means so much to history – from a land of myths and legends to a place at the centre of the industrial revolution and beyond, it is waiting to share its history with you.

A lot of history

For a small country, Wales has a lot of history. For the visitor, this means lots to see and to do whatever your interest.

Wales Beckons would love to help you to create the perfect historical holiday for you, to match your interests and passions. 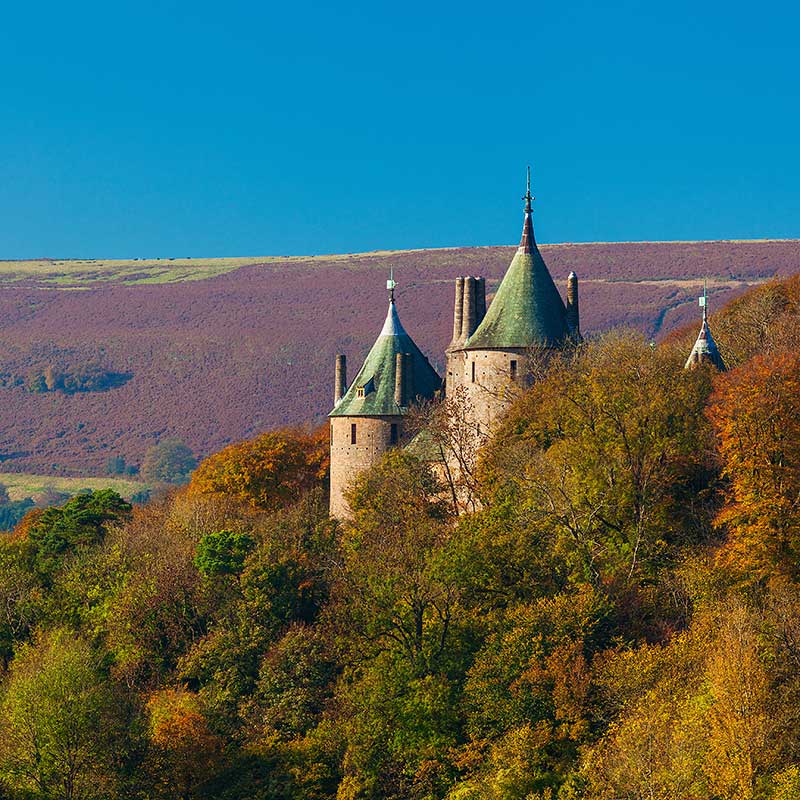 If your interests are more cultural, then there are opportunities to go to grand houses, visit museums, listen to Welsh choirs or go and watch a game of rugby, where Welsh passion has to be seen to be believed.

If your ancestors came from Wales, you can combine it with visits to the places they lived and worked too.

There are more than 600 castles in Wales, more per square mile than anywhere in the world. Some have been lived in continuously for a thousand years, while others are romantic ruins.

Discover the History of Wales

History can mean many different things to different people. Fortunately, Wales offers so much to the visitor, no matter what their interests.

You can choose to explore the wonderful myths and legends that are reflected in our landscape, discover our Roman past, roam amongst the wonderful castles and ruins, or explore our industrial heritage, from a time when Welsh products could be found all over the world. 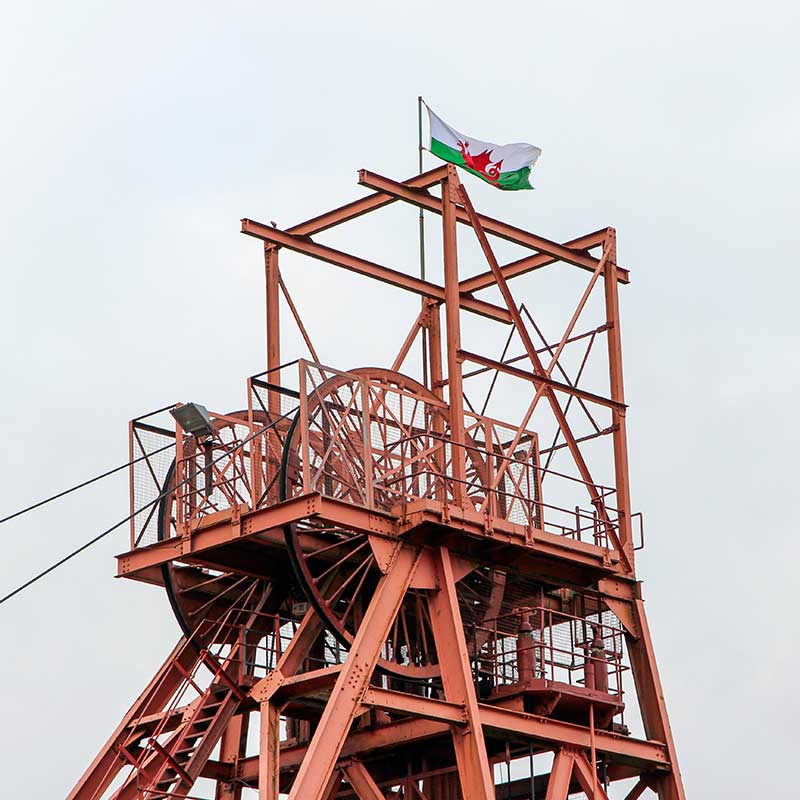 Wales is an ancient country with a long, fascinating and sometimes, turbulent history and, for its size, is a country which has made a huge impact on the whole world.

Wales was known to the Romans, who mined gold here. These mines and other Roman settlements can be visited along with other sites of even more ancient cultures. But following 1066 and the rule of the French kings in the British Isles great developments began to take place.

A lasting result of this history is the weath of castles to be found today in Wales. Some are little more than ruins but some are still very much intact and reflect a time when relations within Wales and beyond its borders were definitely based on warfare. The grandeur of the castles at Harlech and Conwy in north Wales compare markedly with Rhaglan and Caerphilly castle ruins in south Wales. The eccentricity of Cardiff Castle and Castell Coch with their faux fairytale medieval renovations by Lord Bute and his architect, show that anyone who is interested in castles can do no better than to visit Wales. We have more castles than any other country int he world!

As peace came to the country, many stately homes were built, some within existing old castles. Many remain today and offer another chance to visit the heritage of Wales.

With the coming of the industrial revolution, Wales’ ample supply of coal, iron and copper ores were in huge demand to drive the revolution forward. It’s slate mines provided roofing material for houses and buildings throughout the world. Welsh made steel products were second to none.

In todays world these commodities are no longer required in such large amounts and industries have declined but the industrial sites at which they were used or produced, remain, often as atmospheric ruins, which nonetheless provide an indication of Wales’ glorious past.

Today, a number of old coal mines can be visited and visitors experience what life would have been like below ground. The Big Pit is one example of such a mine.

Around the coast the remains of a number of old ports can be seen and each pays homage to the amount of goods which were shipped out of and into Wales.

One less tangible result of the industrial revolution has been the adoption of the sport of rugby which is today the national game of Wales. Today rugby is played at all levels and the Welsh national team is fanatically supported by the majority of the population. The Principality Stadium in Cardiff is home to Welsh international matches where on match days the sound of thousands of Welsh voices raises the roof.

The Welsh love of community singing is also evident in the number of men singing in Male Voice choirs. These choirs are not only famous in Wales, but often give concerts throughout the world. For a memorable experience watch a choir as it practices or attend a concert.

It’s not strictly true that the only castles in Wales are to be found in the North, but Wales can certainly boast of having some of the best in any part of the world with more than 600 to explore.

Close to Newport, in South Wales, you can find the well-preserved site of a Roman fort from their occupation of Britain, or visit Chester, in the North, just across the border with England.

More than 250,000 men and women worked in the mines and coal industry in Wales. Big Pit offers you a chance to descend and see just what it was like to work in these conditions.

The 17th Century Tredegar House is one of the architectural wonders of Wales. Situated within 90 acres of beautiful parkland, it provides the ideal setting for a fantastic day out.

How the rich spend their money is the theme of this wonderful landmark. Castell Coch, or the ‘Red Castle’, rises up from the ancient beech woods of Fforest Fawr like a vision from a fairy tale.

Blaenavon is a UNESCO World Heritage Site. A powerhouse of coal mining and iron production. You can get a feel for the past by visiting the restored town and ironworks.

The remains of many monasteries and abbeys are to be found throughout Wales, including Strata Florida Abbey, Ceredigion, Llanthony Abbey an the ruins of Tintern Abbey painted by Turner.

St Fagans is the most popular tourist destination in Wales. It is a people’s museum, where you can explore Welsh history together through the lives of everyday people as they lived through the ages. 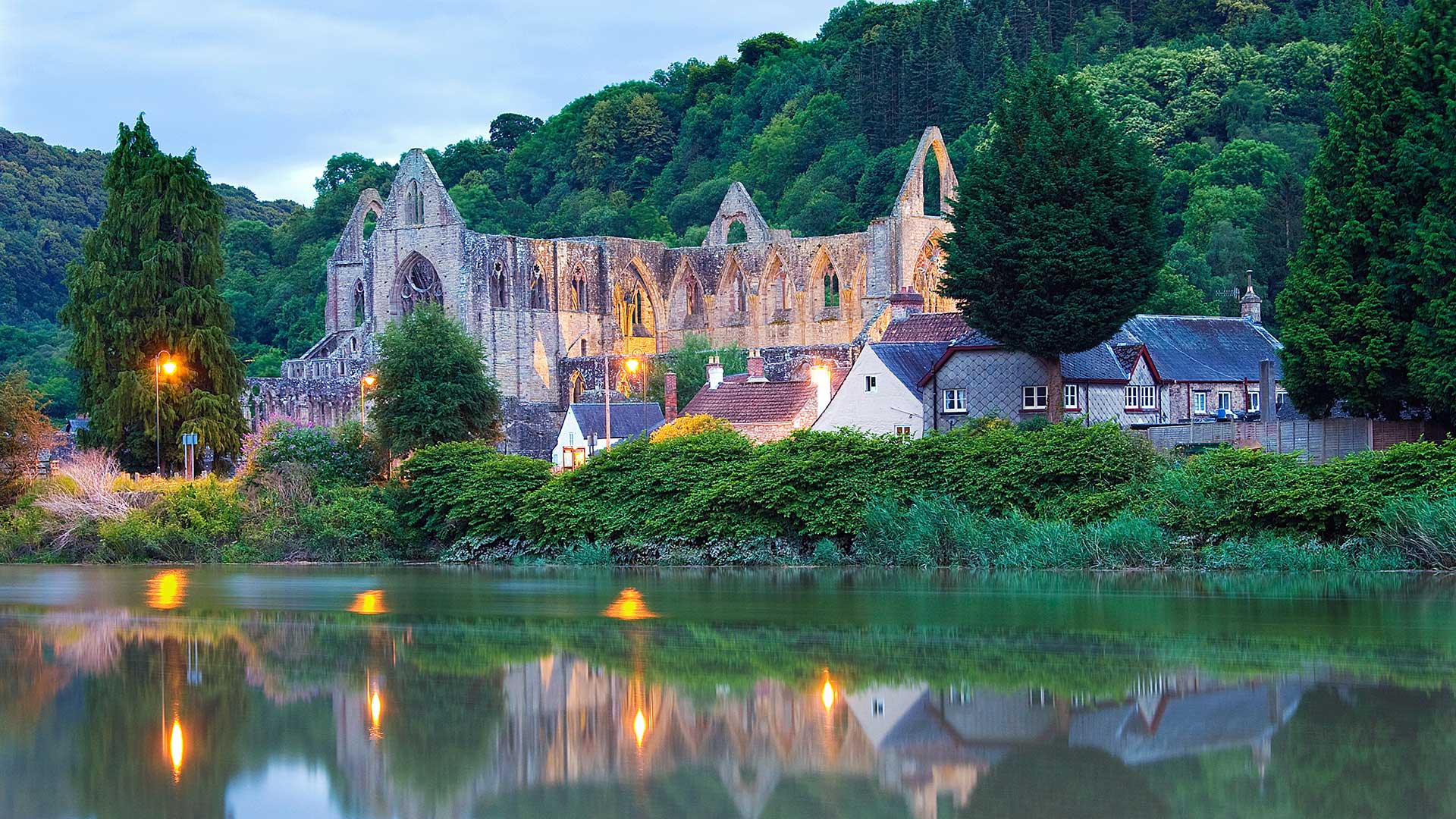